Coming Together for Better Healthcare

RPCR, Inc. is a not-for-profit, 501c-6 organization, established in 2010 to further evaluate the efficacy and toxicity of stereotactic radiosurgery in the treatment of prostate cancer. RPCR was founded by a small group of physicians seeking to support patient access to Stereotactic Body Radiation Therapy (SBRT), at that time an emerging treatment option for clinically localized prostate cancer. To meet this goal, they created the Registry for Prostate Cancer Radiosurgery, a multi-institutional IRB- approved prospective observational trial (see more about the study at ClinicalTrials.gov  ). The registry began in the state of Florida and quickly expanded nationwide. It now supports more than 50 participating institutions.

For the RPCR’s prostate cancer treatment research, they worked closely with Centers for Medicare and Medicaid Services (CMS) officials to review and provide feedback on the data to be collected to identify outcome measures that would be most meaningful to patients, clinicians, and payors. Based on continued registry participation and recent clinical publications, prostate radiosurgery is now covered by all Medicare Administrative Contractors in the U.S.

The RPCR is now expanding its efforts to include quality of care and outcome measures for other conditions treated with SBRT, including lung cancer, brain and bone metastases. Learn more about joining the RPCR to increase the quality and outcomes of radiosurgery treatments nationwide. 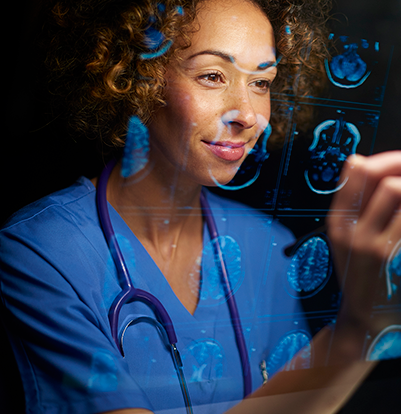